August Guerra will be visiting Flama on Saturday, the 13th of February !

Sign up for the workshop by purchasing at our webshop or by sending an email to info@flama.fi.

Augusto Rodrigues, nicknamed Guerra, is a Brazilian Artist, Black Music Dj, Researcher and Teacher of Street Dance. He is now living in Helsinki. Guerra started his career in Brazil in 2004, and he has dedicated himself to Hip Hop Dance ever since, dancing in different groups, dance collectives and Brazilian festivals and competitions.

When he lived in Brazil, Augusto Guerra was a member of a professional urban dance company called Cia Fusion, in which he helped with choreographies and danced in seven different shows. With Cia Fusion, Guerra had many different tours mainly in Brazil, France and Belgium. Augusto Guerra conquered several podiums in several of the most important battles and festivals of Urban Dances in Brazil. He is specially known for his freestyle and hip hop battle skills. 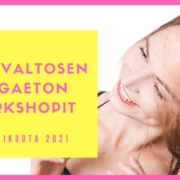 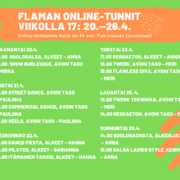 Japs BG Dancehall Workshop on Sunday, the 13th of September
The Start of Flama’s Spring Season Will Be Postponed, Small Group Classes...

There Are Still Some Places for This Saturday’s Afrobeats Workshop with...
Scroll to top